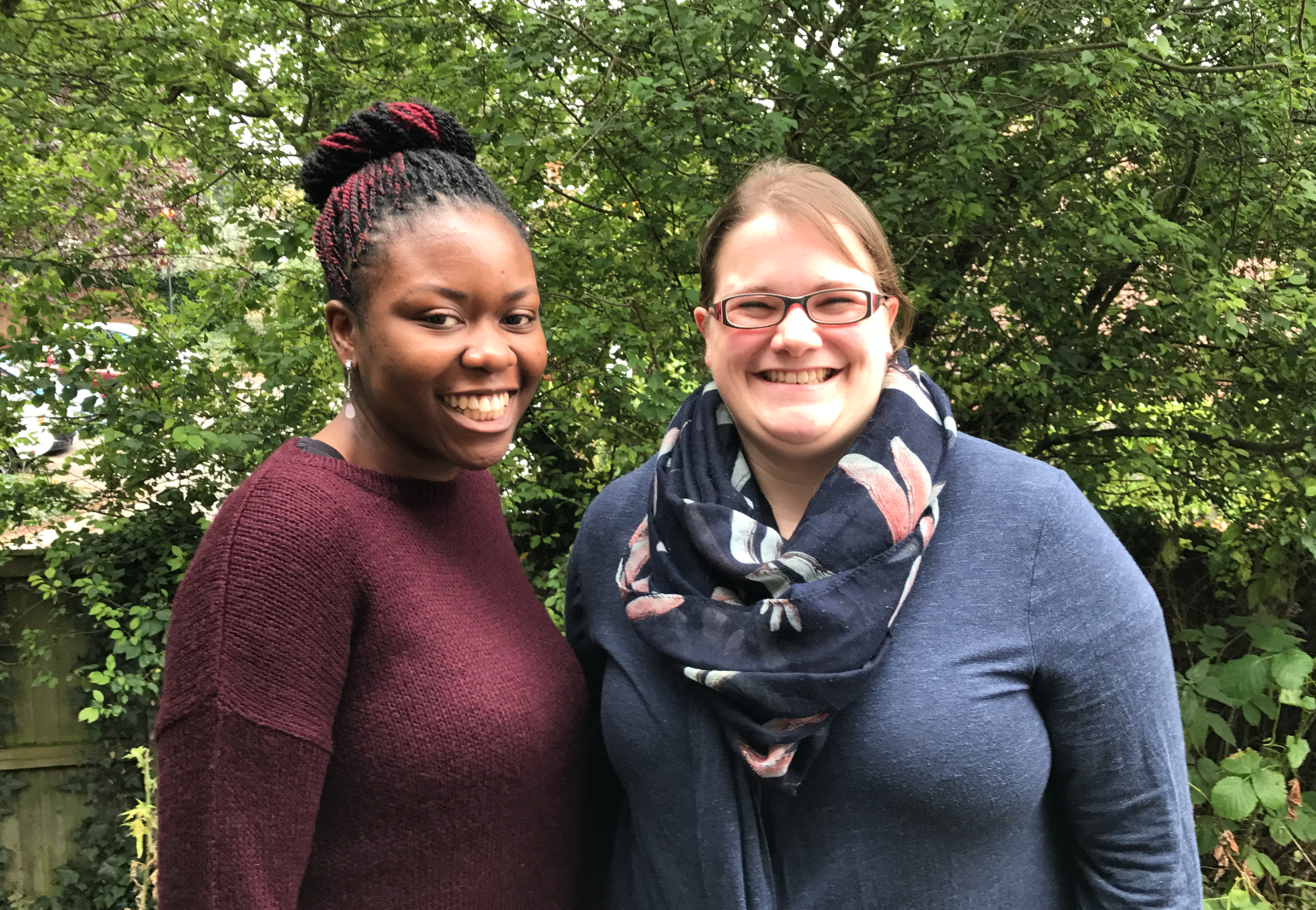 As the Phase team has grown again this year with Sasha and Helen joining as Wellbeing Development Lead and Schools and Youth Worker respectively, Kieran sat down with them to find out a bit more about the new members of the team, here's what happened:

Tell us a little bit about yourself:
Hi I’m Sasha, I live in Luton but I’m originally from east London. I’m the eldest of three girls. I love the arts and music. I have a mini obsession with adult colouring books, I’m a keen crocheter and an avid reader. I also love movies and travelling and hosting family and friends with tasty food. I’m quite competitive and really bad at choosing favourite things.

Hello! I'm Helen and I grew up in Hitchin and am still here - with my husband, James. I studied music at uni and, although I don’t get much chance to play at the moment, I love playing in groups and ensembles. Film music is my favourite thing to play. I enjoy reading, and creative things like baking and sewing, and will take any excuse to go camping. I also love Nintendo consoles, particularly Mario – with the exception of the WiiU, I think I have all of the Nintendo consoles right back to the GameBoy and the NES.

What sort of jobs and roles have you had before?
HB Before coming to Phase I had been a youth worker in Bedfordshire since 2010, but I’ve done a variety of jobs. I worked in retail as a teenager, and I spent a couple of years working for Sense as a Deafblind Communicator Guide.

SAS I have the privilege of working with young people for the majority of my career. I’ve had some experience working in youth clubs, churches, schools and an alternative learning centre.
KM Sasha I love that we can shorten your initials to SAS!! childish laugh from Kieran while Sasha rolls her eyes!

What were you like in school?
In school I was shy and reserved, really studious and always determined. You could often find me with my nose in a book, but I knew everybody in the school - staff and pupils.

HB A bit boring, really. I never got detention and I spent my free time in the library, in orchestra rehearsals or at clubs. Most nights of the week after school were spent either in music lessons or Guiding.

HB I think nature is amazing – I was outside my tent at 6am watching the sun rise almost every morning on my recent holiday and I still remember the views around Delphi on a school trip when I was in sixth form. There are also some people in my life who I think are amazing for who they are and what they do, and they inspire me to keep going and be better.

SAS Stories of pioneers and people who rise above the odds inspire me. Whether they are stories like Esther from the bible, Abraham Lincoln or Maya Angelou, they inspire me to keep going even when it’s tough. 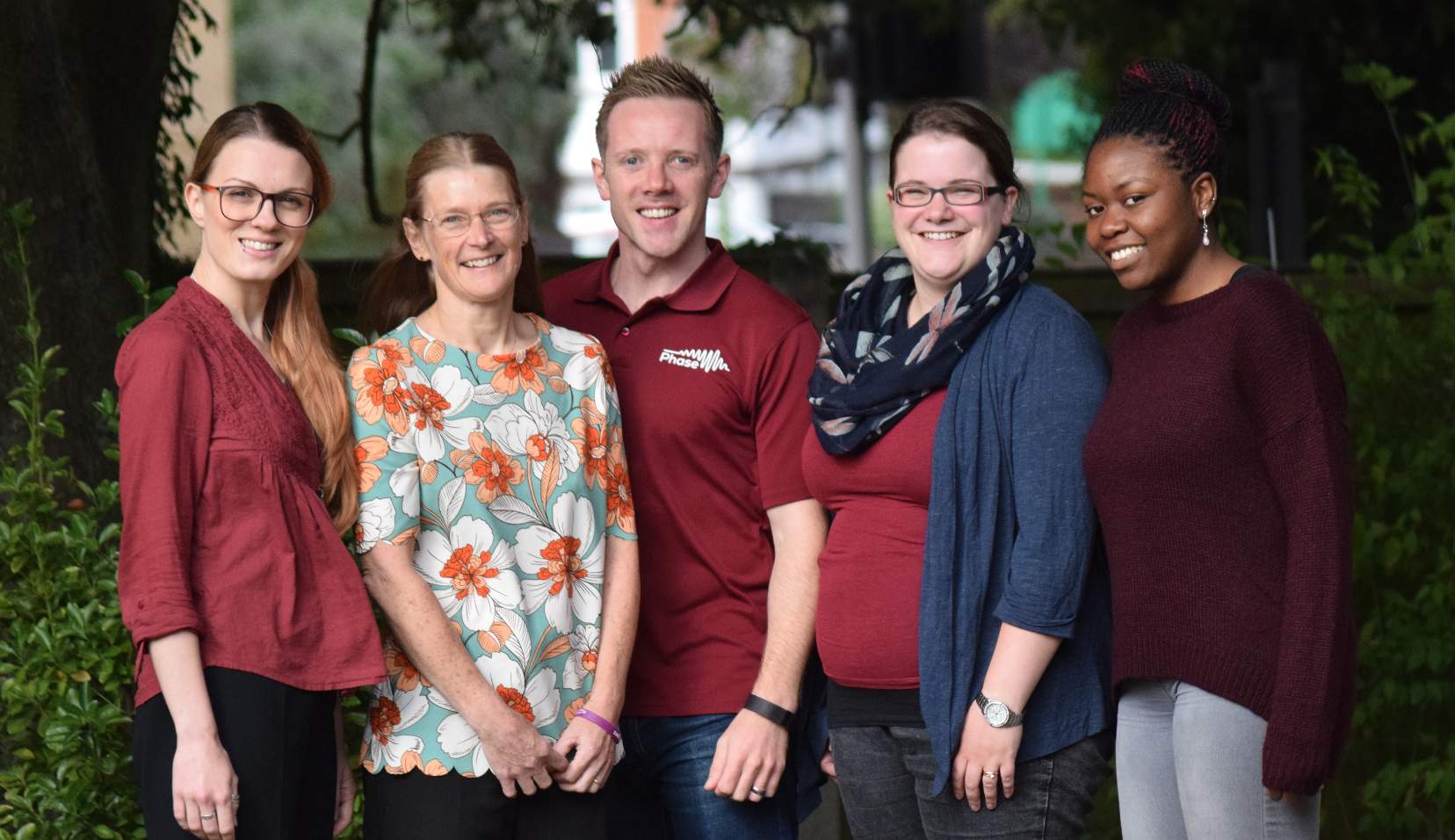 What are some of the things you like most about Hitchin?
SAS I really like the community and the people of Hitchin, everyone has been so welcoming and friendly. Also I’m absolutely in love with the fact that you have lovely eateries like Chia and shops like Vinegar Hill.

HB I think Hitchin is a really interesting place to live – the town centre has so much character and there is always something going on.

In your first few weeks at Phase, what have you been involved in and what difference have you seen it make?
Well I’ve been part of the Phase team for just over 3 weeks now and I’ve been helping out with transition and introduction days with years 7, 12 and 13. I’ve also been running year 6 workshops with the amazing Phase volunteers and doing a lot of meeting and greeting with all the great people that help make Phase all that it is.

HB I joined Sasha on an On Your Marks workshop at Highover school last week, and I have also been in to the Girls’ School helping with their transition programme. It has been great to connect with the young people, and I think it’s really important to give them chance to share their hopes and fears for the next big stage of their education. I’m working on a couple of other projects at the moment but they are in their formative stages – so watch this space.

Who would win a fight between Spider-man and Batman?
SAS Is this even a real question of course it would be Batman.

HB Most of the office looked at me like I had three heads when I said I don’t really get superhero films so I haven’t got a clue! But I’m going to go with Batman, because the main thing I remember from the one film I have seen is that he has shark-repellant Batspray, and who doesn’t need that? I reckon Mario would beat them both, though.

interview ends with disbelief that Helen does not have a favourite superhero ;)

Look out for more from Helen and Sasha as they get more and more involved with the Life of Phase and help to support young people across our town.